This study examines various aspects of African traditional religious beliefs in Igalaland which have been largely neglected by indigenous scholars with a view to bridge the gap in the historiography of the people from c.1000 to present. The period marked the beginning of Igalaland as a people with central authority. This study thus, adopts the use of primary and secondary sources. Data was obtained from in-depth interviews with traditional priests, elders, archival documents, historical sites, textbooks and journals articles. It is therefore, imperative to note that the root of African traditional religion in Igalaland goes back into primeval times. The Ifa oracle plays vital roles, as it dictated the reverential and sacrificial life of the people by which they get cleansed of their abominations and gain the aids of divinities. They also believed in the spirit of the departed. Unlike the western man, religion permeated every aspect of their life.

Dr. Fidelis Achoba was born on 9th October 1965 at Idah, Kogi State, Nigeria. He got his PhD in History at Ibadan, Nigeria, 2014, his M.A. in History at University of Lagos, Nigeria, 2003, his B.A. in History and International Studies at Lagos State University, Lagos, Nigeria, 2001, NCE (Advanced level) History/Social Studies, 1997, among others. He has lectured in the Lagos State University External System (2006-2014), University of Ado-Ekiti, Nigeria (Sandwich Programme) at Lagos (2012-2014). Currently, he teaches History and International Studies at the Federal University Lokoja, Nigeria. His research interests include: pre-colonial, colonial and post-colonial intergroup relations, religious studies, conflict and peace studies and Nigerian History. 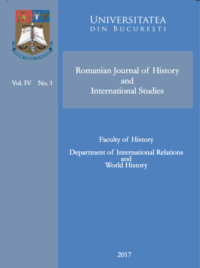