Kosovo's Independence and the Serbian Coalitions against the Kosovar Self-determination

The study addresses the influence that the Kosovo-Serbia binomial has on the regional security architecture in the Western Balkans, comparatively analyzing the two stages of the relations between Belgrade and Pristina, namely the autonomy and the independence. The first section deals with the post-conflict reconstruction of the ex-Yugoslav space, focusing on Kosovo`s status, but above all on the redefinition of the power relations between the central authority and the regional administration.

The paper also covers the previous before Kosovo's Declaration of Independence was adopted, presenting Montenegrin separatism as a precedent for the irredentism from southern Serbia and for the formation of the Republic of Kosovo. On this occasion, the international debate on the self-determination of the province, focusing on the nuances between the Euro-Atlantic community and the traditional allies of Serbia, is being pursued, the legality of the argument being deduced from the strategies of the interests of the that exerciceses influence in the Southeastern European space. As such, the friction points during the confrontation transposed into the post-conflict phase, the act of independence being the catalyst for an East-West rupture in terms of the perspective on the principle of self-determination.

At the macro-structural level, the study exposes the post-Cold War transformations of the former the Yugoslav space suffered. Conceptually, the Kosovo war as the first conflictto be fought in the logic of the doctrine of humanitarian intervention, which as a fact is not legally codified. Alongside this, the violation of the sovereignty of a UN state by an intervention unauthorized under a resolution issued by the Security Council would provide support for the hypothesis that Kosovo status is illegal as a result of a violation of the Serbian sovereignty and international law. 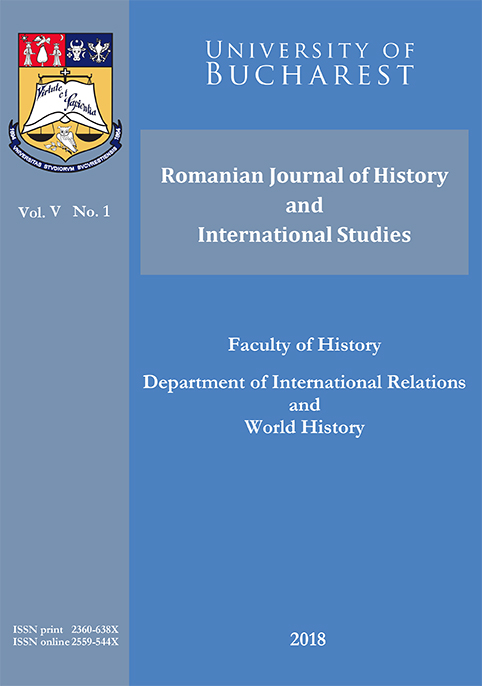 This work is licensed under a Creative Commons Attribution-ShareAlike 4.0 International License.